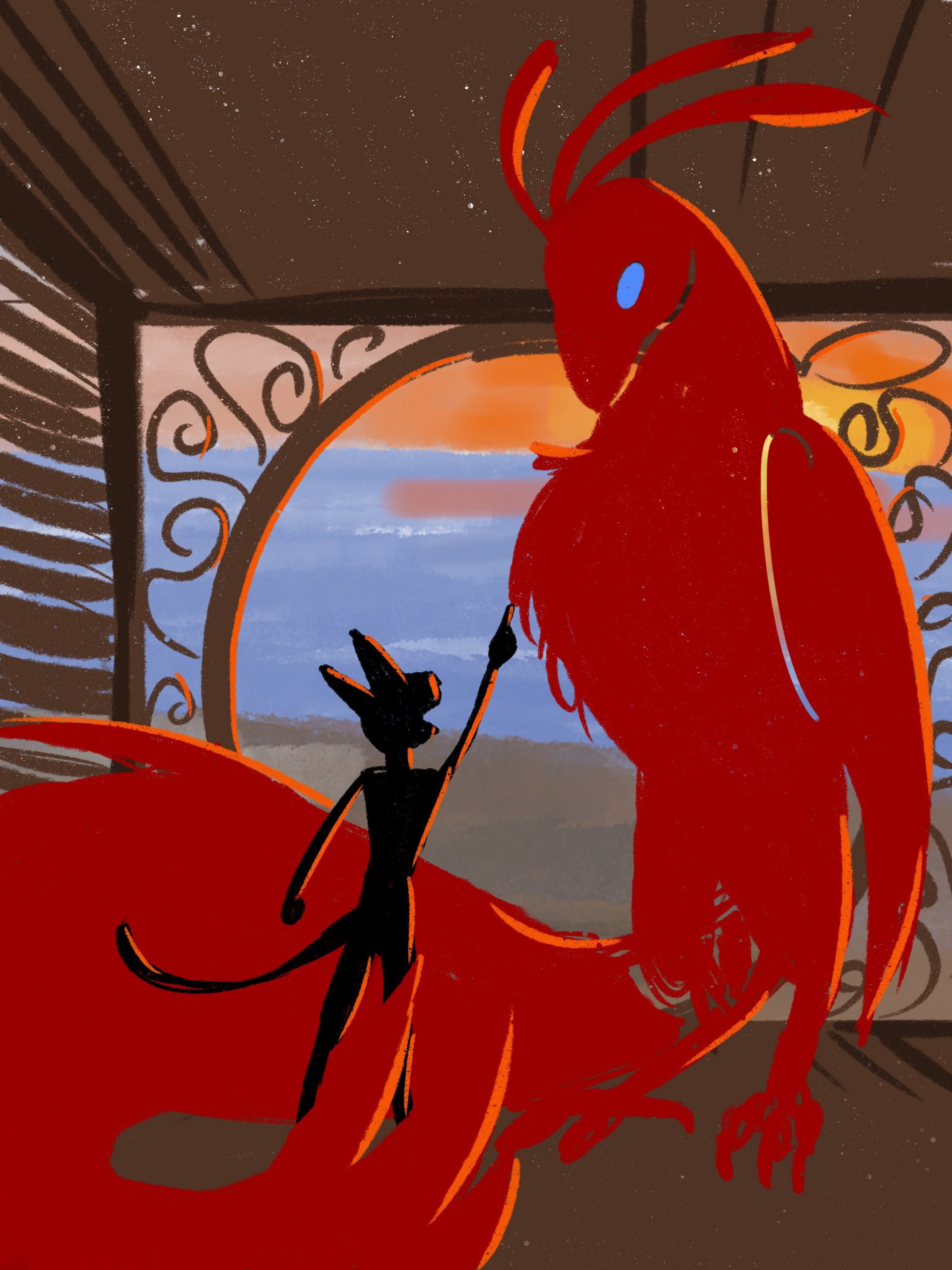 We at Cinevore have been working hard on two manuscripts set in a dystopic space universe (“Exiled” and “Hemlocke”) throughout the past couple of years. Though they’re still undergoing some adjustments, we’re proud to announce we’ve officially recompiled them into the first Parallax trilogy! This means our leads, Paige and Hemlocke, will exist in the same world of novels at the same time. Readers of Parallax will follow both stories as they play out chapter by chapter, until the characters are finally working together.

Last month we debated presenting this recompiled vision of the Parallax universe on our Patreon. However, on further thought, we realized that some of those chapters have been seen by our patrons already. As such, you all might have more fun exploring a different, altogether original story from a brand-new world and genre.

Amidst all the sci-fi writing, we’ve also been writing a high fantasy novel, entitled Dark & Zarus. Personally, I’ve always been more a sci-fi person than a fantasy person. But play enough games of Dragon Age and Skyrim and The Witcher, and watch enough shows like Game of Thrones and Wheel of Time and… well, also The Witcher, and I guess eventually the concepts start to grow on you.

So for now we’ll put down our gravbikes and plasma rifles and pick up our magic spells and fire arrows.

Dark & Zarus is a Lord-of-the-Rings-style high fantasy adventure, inspired by several other projects.

Much of the world originated from an RPG campaign I ran back in high school, set on a continent unexplored by man, riddled with mysterious artifacts from some ancient civilization. Some of the scenarios emanated from a fantasy feature film script I wrote in the early 2000’s, focusing on the rift between sects of elves, finally brought together via a single Romeo & Juliet-style story. And lastly, the five lead characters came from a D&D campaign that ran during the pandemic. We even got permission of the other players to use their characters!

To whet your appetites, here’s the logline:

Impulsive but stubborn minstrel Sings in the Darkness and bookish demon Zarus have never found much use for teamwork. But when an eccentric alchemist declares their meeting to be a portent of an apocalyptic prophecy, they realize they must learn to trust each other if they are to defy fate and bring an end to an ancient evil.

This is a story of psychic undead, underwater puzzles, violent star guardians, and shifting motives. And a band of outcasts who happen to be the only ones who can save the world as we know it.

We’re excited to bring our patrons the first chapters in the next original Cinevore universe beginning this weekend! If it sounds at all interesting to you, be sure to check it out!

If you’re not a patron, you may not be able to read each chapter as it comes out, but don’t worry, we’ll still keep you in the loop on the overall project here.

No comments to show.
© 2023 Cinevore Studios. Created for free using WordPress and Colibri